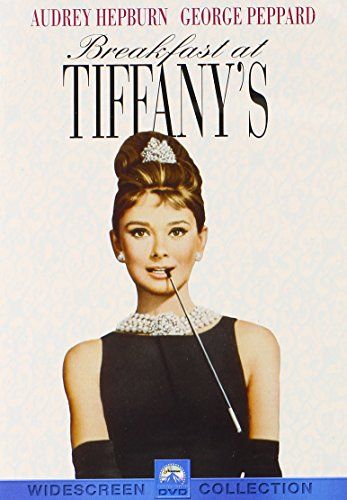 For those of you that joined me for the Popsugar Book Challenge, a reading scavenger hunt, you know that I am long overdue for some updates and reviews. I promise, I’ve been plugging away at my reading list even if I haven’t had a chance to tell you about it.

When I started this challenge, I decided to let myself be open to book choices come from all kinds of random places and experiences. A few months ago I watched Breakfast at Tiffany’s for the first time. Don’t ask me how I made it to 35 without ever seeing it before, but needless to say that as soon as I did, I promptly fell in love. (Audrey Hepburn and her perfect eyeliner can have that effect on a girl). I was surprised at how modern the characters and setting felt and how NYC (and its mix of odd ducks and “rats”) remained largely unchanged–particularly the Upper East Side. While I’ve read other books by Truman Capote, I’d never picked up Breakfast at Tiffany’s and so it seemed a natural addition to my list. I ordered “Breakfast at Tiffany’s and Three Stories” from Amazon and let this book fill the slot for “a book of short stories”.

The other short stories in the book weren’t nearly as compelling as Breakfast at Tiffany’s, although I did enjoy “A Christmas Recipe”, which painted a sweet picture of the bond between a young child and his older, mentally challenged relative. Of course, Breakfast at Tiffany’s was well written and Holly Golightly was as compelling as ever. But…this may be blasphemy; I preferred the movie version, (gasp).  It’s just that I have a deep desire for stories to end with the boy getting the girl, or the girl getting the boy—or somebody getting somebody.  Unfortunately, the short story doesn’t have much in the way of a love story. The narrator is just another person intrigued by Holly’s unique charm and never gets close enough to see beneath the dazzling façade. There is no romantic ending, and of course no Audrey Hepburn singing a melancholy Moon River, but still it’s a wonderful snapshot of NYC and still felt shockingly relevant.

In particular, Holly’s opinion on marriage seemed to be especially meaningful: ““A person outght to be able to marry men or women or–listen, if you came to me and said you wanted to hitch up with Man o’War, I’d respect your feeling. No, I’m serious. Love should be allowed. I’m all for it.“

The world would be a much better place if everyone listened to Holly Golightly.

WRITER’S LESSON:
Sometimes a character is the whole story. I’m one of those writers who loves a good plot—give me some pirates, albinos with wheelbarrows, and an epic adventure (that’s a hint for one of the other books on my list), but sometimes a character is so rich and full, that they are a story all by themselves. If you’ve created someone that is larger than life and leaps from the page, don’t feel like you have to force a complicated plot on them. Just let them talk and breathe and they’ll give the story life.

BOOK SUGGESTION:
For another piece of classic literature set against the backdrop of New York City, with a narrator who falls under the spell of a unique and colorful character, go for the perfection that is F. Scott Fitzgerald’s The Great Gatsby.

Have you recently read any literary classics for the first time? If so, what did you think?