Okay people, I’ll lay it out for you – I didn’t complete the Popsugar 2015 Reading Challenge in it’s entirety. I just wasn’t strategic enough and chose 500 plus page books I ended up hated for slots that should have held fun page turners. I won’t make that mistake again with our brand new Popsugar Reading Challenge for 2016. (Click here for a printable list).
Our categories, dear comrades:

The 2016 categories are pretty daunting to me, but I’ve learned from this years literary missteps and am determined to complete every.single.one. (God help me).

Now I still have a few books I did manage to finish in 2015 so let’s take a looksee.

Popsugar Slot: “A book that scares you”
Heart-Shaped Box: A Novel
by Joe Hill
I’d heard a lot of positive buzz about this horror novel and I was intrigued to see if Stephen King’s son could step up to the challenge of writing horror with the ghost of his father looming large. Speaking of ghosts, I found the one in this story to be quite scary and Joe Hill did an amazing job of making me identify with the main characters and rooting for them to survive. Overall the book was well written and had some really lovely descriptions about music. My only small qualm was that the pacing felt a bit off in some places, but it was so minor that it really didn’t impact an otherwise great book.
QUOTE:
“All the world is made of music. We are all strings on a lyre. We resonate. We sing together.”
WRITER’S LESSON:
It doesn’t matter how scary your villain or “big bad” is – the reader needs to care about what happens to the main character. They need to feel their pain, their injustices, their insecurities, and most of all what they want the most. If you do that successfully, any danger will seem terrifying.
BOOK SUGGESTION:
This will be an unexpected choice, but “The Yellow Wallpaper” by Charlotte Perkins Gilman was the most terrifying story I’ve ever read. You watch a woman go slowly insane and over time she starts to see people moving inside the yellow wallpaper in her room.   She’s been locked because of her “condition” which was basically just being a woman in a time when women had as many rights as a piece of furniture. It’s painful and visceral and something everyone should read.

Popsugar Slot: “A book more than 100 years old”
The Invisible Man
by H.G. Wells
I’d always wanted to read this book but never actually got around to doing it. I feel like I learned so much. Putting aside the danger an invisible man could pose, there’s actually a ton of comedic potential. I don’t know why it never occurred to me, but if the guy’s not trying to kill you, his making stuff float around and people trip over themselves is pretty funny. Now onto the big question, was the Invisible Man a psychotic douche before he turned invisible, or did the invisibility drive him to it? It’s a question for the ages, but my vote is once a douche, always a douche.
QUOTES:
“Great and strange ideas transcending experience often have less effect upon men and women than smaller, more tangible considerations.”
WRITER’S LESSON:
Things can be both funny and terrifying, and that combination can be quite entertaining to write about.
BOOK SUGGESTION:
“Great Expectations” by Charles Dickens is one of my favorite books. It’s the original soap opera and the image of Miss Havisham with her ragged wedding dress and dust covered banquet table is one of my most vivid literary recollections. It’s worth the page count, trust me.

Popsugar Slot: “A nonfiction book”
Why Not Me?
by Mindy Kaling
I got this book in a Popsugar sub box and while I’d never seen “The Mindy Project”, I’d found Mindy’s persona to be fun and intriguing so I thought this would be a funny read. Turns out Mindy and I have a lot in common: our age, hatred of weddings and writing aspirations. Generally I enjoyed her style and point of view, although like many super successful people I’ve known there are moments were you know they’ve lost the ability to truly understand the “everyman/woman” plight. It brought to mind a grad school event where a really successful writer a few years ahead of me was asked what her biggest challenges were. She said something along the lines of dealing with all the hassle of travel for the book tours. She was clearly in a different place and league than most of the people there. I got that same vibe from certain parts of this book – Mindy kept saying “I’m just like you” and I kept feeling “Oh honey, you so are not, but I appreciate the attempt”. On the bright side, it inspired me to watch Mindy’s show which turned into my latest Hulu addiction.
QUOTES:
“ “I will leave you with one last piece of advice, which is: If you’ve got it, flaunt it. And if you don’t got it? Flaunt it. ‘Cause what are we even doing here if we’re not flaunting it?””
WRITER’S LESSON:
Remember your audience. They want to identify with you, not feel a huge distance between their place in the world and yours.
BOOK SUGGESTION:
I really don’t read much Nonfiction since it goes against my deepest impulse to escape to imaginary places and hang out with imaginary people, but if I have to choose one, “In Cold Blood” by Truman Capote is a compelling nonfiction read.  (As a bonus it will make you sound well read if you discuss it at parties.)
Book #23 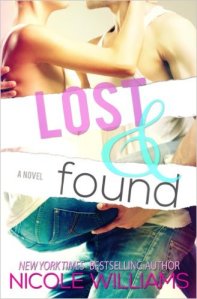 Popsugar Slot: “A book with Antonyms in the Title”
Lost and Found (Lost & Found Book 1)
by Nicole Williams
I’m going to be honest here, I chose this book because it fit the slot and was free on Amazon. This is a YA romance and for most of the book it’s just painful to read. The instant attraction between our protagonist, Rowen Sterling (yes that’s her name, and no this isn’t a fantasy book) and her “cowboy” is unearned, particularly since she is one of the most unlikeable narrators I’ve come across in a long time. The voice here also feels exactly like an adult writing as a teenager. Rowen always knows her motivations and why she behaves the way she does. It’s like half her brain is a therapist and the other half is an angsty teenager – you know those two voices you most want to read in a romance novel. The book does pick up toward the end and there are some lovely descriptive passages but the characters are poorly drawn and the plot nearly nonexistent.
QUOTES:
“ “I didn’t let myself hope either. That was the real poison that put the vacant expression in so many people’s eyes.”
WRITER’S LESSON:
Unlikeable narrators don’t work well in the romance genre. You don’t like them and you have no idea why anyone else would either.
BOOK SUGGESTION:
I got nothing. It was hard enough for me to find one book with Antonyms so you’ll have to come up with this one on your own. 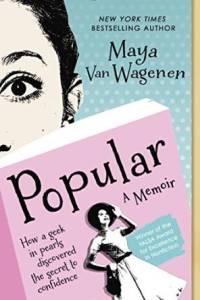 Popsugar Slot: “A book written by someone under 30”
Popular: Vintage Wisdom for a Modern Geek (A Memoir)
by Maya Van Wagenen
When I saw the premise for this story I was super intrigued. A teenager picked up a vintage book on how to be popular and decided to follow the antiquated rules to see if it would work for her today (pearls, anyone?). I imagined lots of ridiculous adventures, but I was pleasantly surprised to find a very touching memoir. Maya’s inability to fit in at her mostly Hispanic school because she wasn’t Hispanic enough felt so similar to my own high school problems that I was instantly drawn in. Maya’s personal struggles are set against the harsh realities of going to school in a border town that faces so much crime and poverty. It’s an engaging and beautifully written book.
QUOTES:
“”I wanted popularity; I wanted other people to like me. But it turns out most people are waiting to be discovered too.”
WRITER’S LESSON:
The stories hidden inside and around the one you are telling can often be the most compelling.
BOOK SUGGESTION:
“The Bell Jar” by Sylvia Plath. Yes it’s dark, but also deeply moving and written before Sylvia turned 30. 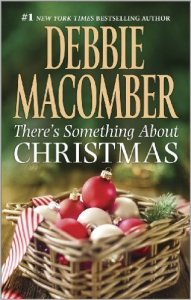 Popsugar Slot: “A book set during Christmas”
There’s Something About Christmas
by Debbie Macomber
Since it was Christmas, I figured why not go all in and find something frilly and sugary and full of empty calories – cue the schmaltzy Christmas romance. And this one, was all about fruitcake. Yes, you read that right. Fruitcake as a metaphor for life. How could I say no? What elevates a trashy or syrupy sweet romance to something worth reading is the chemistry between your lead characters and sadly these two had none. Oliver’s dialogue to Emma felt really creepy, as she kept turning him down for dates and he kept telling her she wanted him. I kept envisioning that scenario in real life and me advising Emma to get a restraining order. There was no interaction or explanation for why playboy-esque Oliver suddenly wanted Emma but he just did, because..? Even if you love romances, heck because you love romances, skip this one.
QUOTES:
“Have you noticed that people either love fruitcake or hate it?” she said companionably. “There doesn’t’ seem to be any middle ground.””
WRITER’S LESSON:
You can have a character fall inexplicably in love with another, but it has to be earned in some way. It can’t just be there without anything to make it work.
BOOK SUGGESTION:
“A Christmas Carol” by Charles Dickens. This is my absolute favorite story of all. It has the best opening line in all of literature and it’s overarching story of redemption has been mirrored in so many subsequent tales.

Overall, I read 25 books and 8,763 pages. Not the best showing I must admit, but this was my first attempt trying to adjust my reading habits to match the categories so I think I’ll have a much better time in 2016.

How about you? Did you complete the Popsugar 2015 challenge or did you flounder like I did?