I wish that today all I had for you was a fun review, but these are extraordinary times and I’ve got much more weighing on my heart. 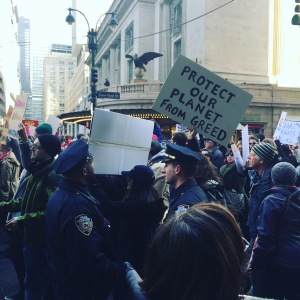 When I was in high school, sophomores through seniors had to enter an essay contest sponsored by the Veterans of Foreign Wars.  Every year they’d pick one winner from all the students.  The first time entered, I was 15 years old and the topic was “My Vision for America”.  I interpreted that as what I most wanted America to be. 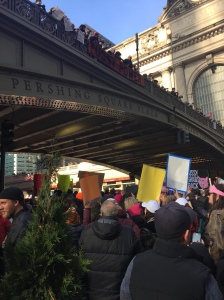 As a first generation American and the daughter of immigrants, my vision of America was wrapped in the dream of cities paved with golden opportunities, where through hard work, kindness and citizenship you could realize your dreams.  It didn’t matter who your parents were or what God you prayed to – all that mattered was your character and desire to build a better life for you and your family.

I won that essay contest, beating out all the students older than me.  In fact, I won it every single year I entered. Because I believed that despite America’s many faults, it could live up to the dream that every immigrant and refugee, from boat to plane, from war to war, from century to century, has clung to during their darkest days.  That in a teeming darkness, it could be Liberty’s torch that unequivocally vows:
“Give me your tired, your poor,
Your huddled masses yearning to breathe free,
The wretched refuse of your teeming shore.
Send these, the homeless, tempest-tossed, to me:
I lift my lamp beside the golden door.” 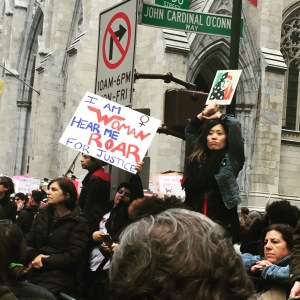 And after all those years of patriotic essays, it was time to graduate.  The school gave out awards to seniors which included an American Legion award that at the time, only required that you be related to a veteran.  I don’t have any veterans in my family, so cue my surprise when I ended up winning that award too.   It taught me a valuable lesson that I have carried with me for the rest of my life: the right words can make a difference and if you work hard enough you can make doors where there weren’t any before. 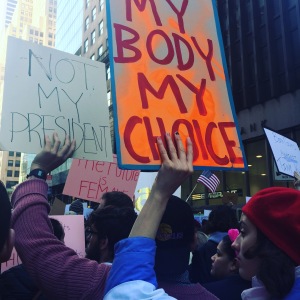 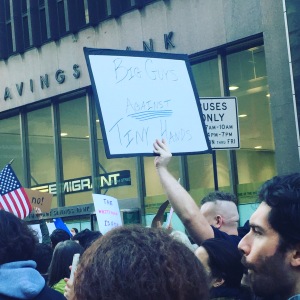 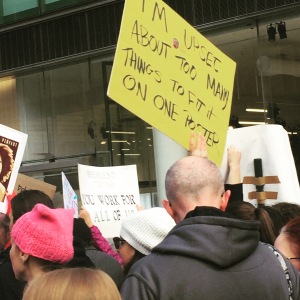 These days I find myself thinking back so much to those essays, and my belief about my homeland.  As each day brings us more unconstitutional behavior from our current administration, I’ve committed myself to trying to make a difference—however small, in any way I can.  From Facebook posts to petitions, from marches to donations, I will turn myself into a soldier in this war for America’s soul.  Those veterans believed in my vision of America too.  They didn’t fight and die and sacrifice for a country that discriminates against its own people.

On January 21st, I was proud to be one of the millions of people around the world who marched in the Women’s March.  I stood with men, women and children – of every color, race and creed–everyone standing for that America.  The one based on true freedom, ruled by liberty and justice for all.

Our war will be long and tiring and it has so many battles to fight, but I will keep marching and I hope you join me.