At the end of each year, I take a look back at all my sub boxes and pick out my favorite items and favorite subscription box. I took a couple weeks to go over my past reviews and on this lovely January 14th, I’ll give you my top 14 Favorite Sub box items of 2014:

Wrap Arrow Ring & Athena Wrap Around Ring by Katie Dean Jewelry (Fancy Retail: $45.00 & $55.00)
from the Original Fancy Box – January 2014
I loved these rings and wore them constantly – both together and mixed up with my other rings. 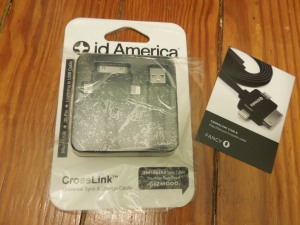 Crosslink Cable (Fancy Retail: $18.00)
from the Original Fancy Box – January 2014
This little cable totally helped reinvent my commuter bag. Instead of hauling a different charger for my iphone,ipod and old Kindle, this one cable covered everything. 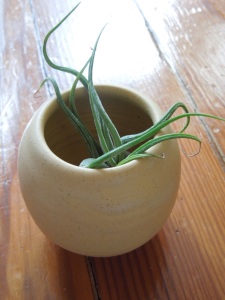 Tillandsia planter from White Peach Pottery (Retail: $18.00)
from the Fair Ivy Duet Box – February 2014
I loved the little air plant and its cute planter. And shockingly it is still alive!

I had to include some Julep polishes and in March I fell in love with these two from The Riveria Collection.

23k Gold leaf Inlay Sterling Silver earrings from Virginia Wynne Jewelry (Retail: $27.00)
from the Fair Ivy Duet – March 2014
I wore these earrings so much that I managed to lose one somewhere in my house. They are adorable and go with anything. I may end up breaking down and ordering another pair

Laura Mercier Bonne Mine Compact (Retail: $48.00)
from Nina Garcia Quarterly – March 2014
Laura Mercier is one of my favorite cosmetics line and this kit is perfect for giving you a sunkissed look.

Too Faced Natural Eyes (Retail: $36.00)
from Popsugar Must Have – April 2014
This was a great neutral palette and I used it all the time. 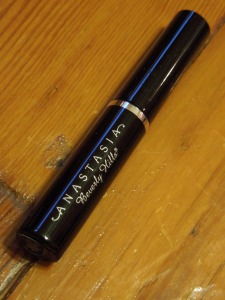 Captain Blankenship Mermaid Mane Sea Salt Spray (Retail: $24.00)
from Birchbox LE Modern Mermaid Box – July 2014
I have a bunch of sea salt sprays from boxes but this one was by far my favorite and I will definitely buy it again.

Kang Skin Rejuvenating Cream 50 mL (Memebox Retail: $72.00)
from Memebox: Superbox #34 Dermocosmetics 2 – August 2014
As you know I’m obsessed with snail creams so I loved this one from Memebox and I use it regularly. 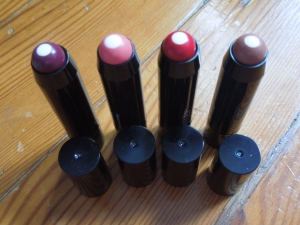 Tilo Scarves Modal Gradation Scarf in Raisin (Suggested Retail: $125)
from Popsugar Must Have – September 2014
I actually got a ton of awesome scarves in my 2014 sub boxes, but this one was my favorite. (I am a sucker for ombre fabrics).

Canvas Dauville Platinum Bowl (Suggested Retail: $29.00)
from Popsugar Must Have – September 2014
I know it’s just a little bowl but this little guy is so pretty sitting on top of my dresser.

FAVORITE SUB BOX OF 2014
It was tough to pick a favorite box since most boxes had awesome months and some not so great months too.  Looking over the year, it seems that I’m going with my Popsugar Must Have sub as my fave. It consistently delivers items that I love and even when something isn’t quite my taste it will usually make a great gift. It is one of my pricier subs but that’s expected when it includes higher quality, full size items.

What subs did you subscribe to in 2014 and what were your favorite items?